Situated to the central-northern part of Nepal, Tsum Valley Trek is one of the most beautiful treks in the sacred land of Hindus and Buddhists. The lavish landscapes of Tsum valley surrounded by majestic ranges of Ganesh Himal, Shringi Himal, and Boudha Himal are soul-enticing and radiate magnificence on each curve. Taking a different from that of the usual Manaslu Circuit trail, the Tsum valley trekking preserves the natural and the historical beauties in Tsum valley.

Our Manaslu Circuit trek starts with a scenic drive from Kathmandu to Arughat. The trail initially heads over the Budhi Gandaki Khola where we will get the chance to visit some of the tranquil villages in this region. Trekking along the Budhi Gandaki River, we head to Lapubesi and then to the hot springs at Tatopani. Further ahead, crossing Chisopani, we officially enter the Tsum valley from Chumling. The Tsum valley, ravishing in all its glory, presents villages like Chhokang Paro and Nile which are followed by the exploration of Mu Gompa. Trekking ahead, Burgi village and Milarepa Cave await us. This sacred ground is said to be the site where saint Milarepa meditated in the caves of this region. The Manaslu Circuit and Tsum valley trek, after its culmination, follow the trail that we earlier ascended along. Retracing our steps, we head to Chumling and cross Lokpa and head to Philim. Finally, the Manaslu Circuit trek ends as we end the trek at Arughat and we drive to Kathmandu on a pleasant drive. Although massively underrated, the Manaslu Tsum Valley trekking is one such trek which blends the mystical charm of Nepal and the astounding natural grandiose with the flora and fauna rejoicing in the most pristine of trails.

Frolic Adventure Treks is one of the best trekking and trip organizers in Nepal which is composed of extremely dedicated individuals. Never faltering the quality of the trips, we provide the best possible transportation, logistics, and various other services. We also care for your permit and promise of an experienced tour guide. 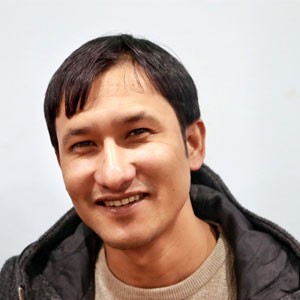