Best Ways To Everest Base Camp 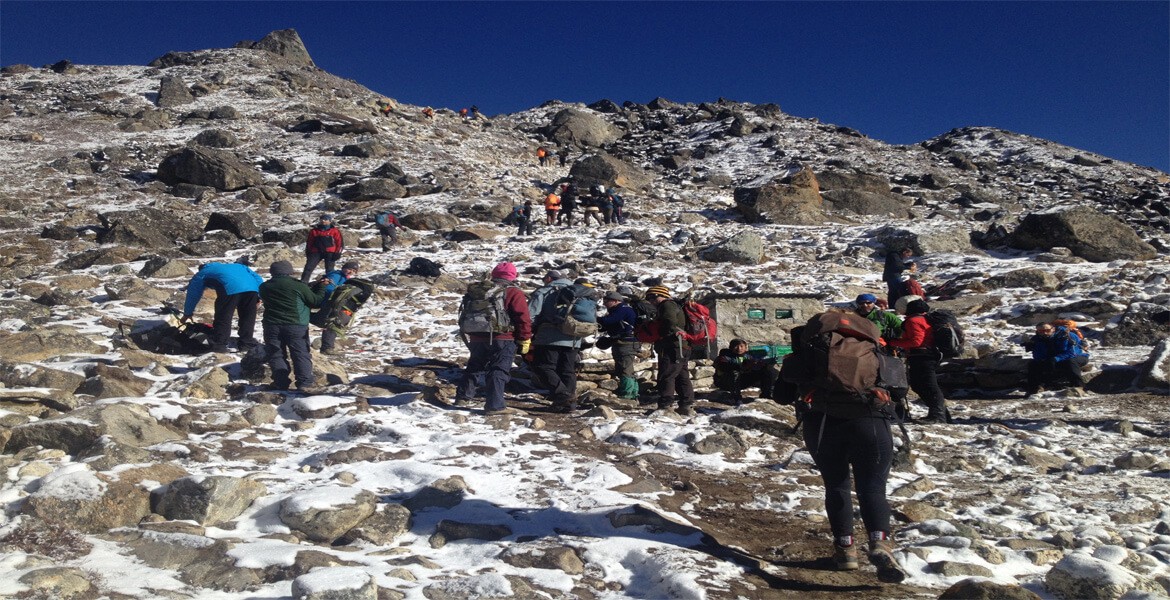 Best Ways To Everest Base Camp

Trekking to the base camp of Mount Everest is on the bucket list of many people and remains the epitome of adventure. Doing so is easier than ever due to better transportation and well-developed routes. As such, the southern Everest Base Camp (EBC) (5364m) is located in Nepal and is a popular destination for trekkers.

The most common way to go on the EBC trek is to fly to Lukla first. But alternatives are also available – one can take a jeep or a bus instead. To return to Kathmandu, one can either trek to Lukla and fly out on a plane or take a helicopter right from Kalapatthar (5545m). Trekkers don’t have to walk more than about 8 hours a day on any of the routes. Moreover, these hours include ample opportunities to witness the natural beauty and cultural glory of the Everest region as well.

Below are some of the best ways to head to the Everest Base Camp:

Way To Everest Base Camp By Plane

This is perhaps the most popular and easiest way to reach the Everest Base Camp. Day 1 takes the trekkers to the Lukla airport before beginning the trek to Phakding. Lukla Airport is also regarded to be one of the most dangerous airports in the world. Given that, the flight itself is quite adventurous as you land at the 80-meter long airstrip located between massive hills. The airport is the easiest way to enter the Everest region and sees considerable traffic during the peak seasons.

From Lukla, the trek begins as you enter the Sagarmatha National Park. Travelling through the national park, the trekkers make way through Sherpa villages like Namche Bazaar, Tengboche, Dingboche, and Lobuche. Thereon, the trek reaches its climax as the trekkers head along the Khumbu Glacier to the Everest Base Camp (EBC) and Kalapatthar.

Way to Everest Base Camp by Helicopter 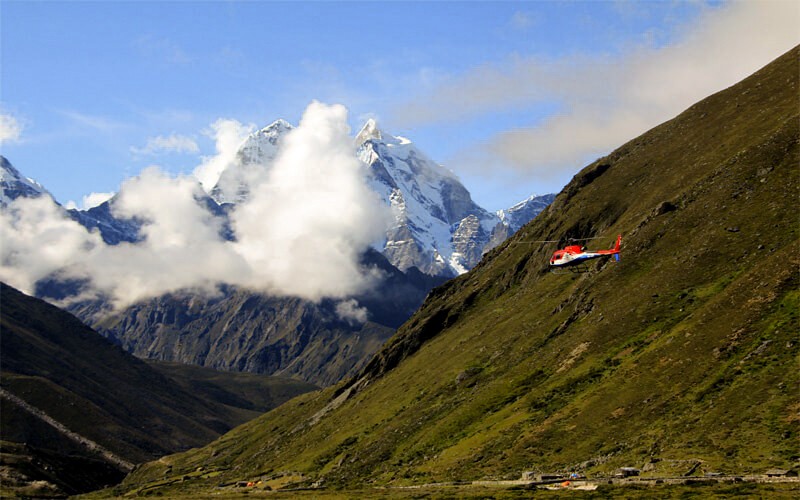 Everest base camp with the helicopter

Everest Base Camp Helicopter Tour is the easiest and fastest way to reach the Everest Base Camp. On this tour, the participants get on a helicopter and fly over the Everest region within a matter of minutes. Traversing the skies above the natural and cultural landmarks of the Sagarmatha National Park, the tour reaches the Everest Base Camp. Alternatively, one can also choose to head to Kalapatthar to witness the panoramic view of the Everest range. From Kalapatthar, one flies out by helicopter to return to Kathmandu. Many people prefer this option in order to get an entirely unobstructed view of Mt. Everest (8848m) from the air and is the only way to get as close to the mountain as possible without actually having to climb it!

Everest Base Camp by Jeep Route

After the recent construction of a direct road to Salleri, starting the trek from a place further below Lukla has been possible. The benefit of this route is that it gives more time for acclimatization as well as for savouring the views along the way. One can also save money by taking a jeep rather than a plane. On the first day, trekkers drive up to Salleri from Kathmandu in a jeep. After resting for the night in one of the several cosy lodges and guest houses available, trekkers walk from Salleri to Nunthala followed by Kharikhola. Thereafter, the trekkers trek to Paiya and head further north towards Lukla. Hereon, the trek joins the classic trail to the Everest Base Camp.

Finally, the longest trek route to the Everest Base Camp begins by taking a vehicle from Kathmandu to Jiri on the first day. Making their way through the Rolwaling region, trekkers head to Bhandar passing Shivalaya on the way. Further climbing up to Sethe, the trek settles at Junbesi where the Sherpa culture is displayed quite magnificently. Crossing the Taksindu La Pass (3870m), the trek heads to Kharikhola followed by Paiya. Following the Dudh Koshi River, the trek reaches Lukla where the trekkers join the famous route to the EBC.

So, depending on one’s preference, the best route would differ from person to person. While taking a jeep or bus would be slightly more budget-friendly and also allow trekkers to trek for longer, those facing time constraints or who want an aerial view of Everest would want to take the helicopter route. No matter which route one takes, it is certain to give the trekker a beautiful and unforgettable view of the highest mountain in the world, Mt. Everest (8848m). The trip starts here...