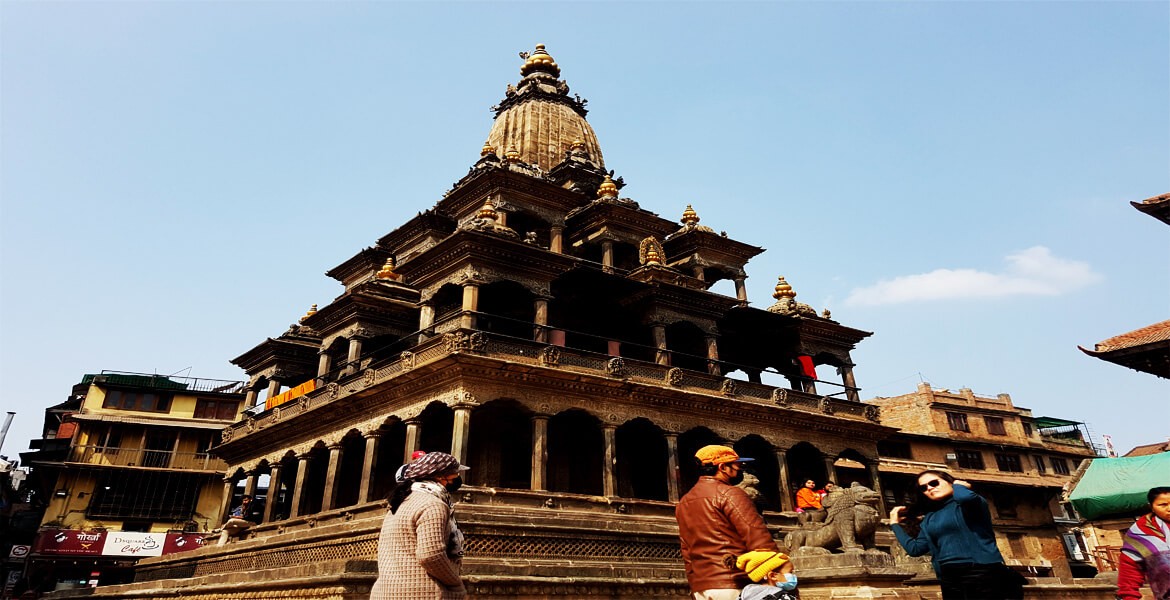 Nepal is famous for its fantastic views of mountains but the capital Kathmandu takes travellers on a magical journey into the history and cultural faith of the country. The city with around 2 million people does seem chaotic and intimidating at first. But, the narrow streets filled with rich culture and history will leave travellers to explore more of this ancient city. From Hindu temples to Buddhist stupas, one can see the harmony between different communities and backgrounds. As such, it is also a prominent destination for both Hindu and Buddhist pilgrims. The ethnic Newar community dominates the city so tourists can see their influence in architecture, cuisines, and major celebrations. The diverse yet unified harmony between various cultures and religions are the highlight of the city. All in all, each alley, temple, stupa, and roadside tea shop tell the tales of the glory of Kathmandu. From diverse culture to delicious cuisines, many places in Kathmandu is a must-visit and cannot be explored within one day. The city is home to seven UNESCO World Heritage Sites and many other landmarks. Kathmandu Durbar Square, Swayambhunath, Pashupatinath Temple, and Boudhanath Stupa are the major places, which cannot be missed out by tourists. The rich histories of these places have shaped the culture and traditions of the city. Through the city tour, travellers can experience Kathmandu heartily. From Hinduism to Buddhism, travellers can get the true unique feeling of the city while visiting these places. All these places are located in different parts of the city but are within a 15-20 km radius of each other. So, if travellers want to do a short trip they can explore all these places within one day. As such, some of the discussed in detail below. 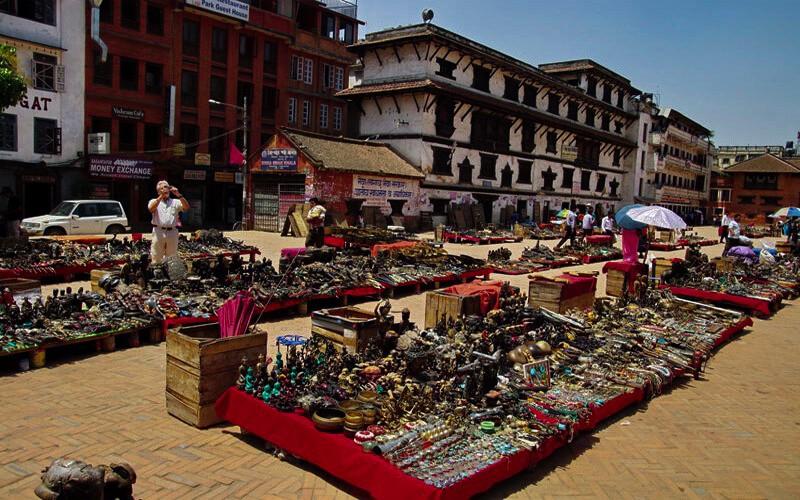 The history of Kathmandu city can be experienced while exploring the magnificent Kathmandu Durbar Square. Also known as Hanuman Dhoka, it was the residence of the Shah and Malla kings. Even the coronations of the kings took in Hanuman Dhoka in the past. The square not only holds palaces, but it also has many religious shrines like Taleju Temple, which are often visited by devotees.

Kumari, the only living goddess of the world, also resides in the durbar square premises. Statue of Kal Bhairav, Ashok Vinayak, Kabindrapur, and Basantapur Tower are some of the other attractions around durbar square. The durbar square is also a favourite among architecture lovers as the palaces and temples are filled with unique designs and craftsmanship. There are many monuments that reflect the glorious Newar culture and architecture. Thus, the Kathmandu Durbar Square is a must-visit as it reflects the rich history and culture of the city.

To know more about history, there is a museum dedicated to tourists who are curious about it. Tourists must pay USD 15 to enter the museum, and if they are from a SAARC country, the fee is Nrs. 500 (Equivalent USD 5).

There are many places around the durbar square where tourists can try authentic Newari cuisines. From Bara (lentil pancake) to Choila (spicy buff), the cuisine serves food that delights the tongue of both vegetarians and meat lovers. The square is filled with the bustling local people from day to night so, travellers do not need to worry about the visiting hours. During monsoon season, it might get difficult to navigate through the whole area because the streets are narrow and may get muddy.

Perched on a small hillock to the northwest of the valley, Swayambhunath is a prominent destination for both Buddhists and Hindus. It is also called Monkey Temple because of the large population of monkeys residing in the surrounding forests. The panoramic views of the valley that can be seen from this place have also been an attraction for many tourists as well as locals.

The temple dates back to the 13th century and many prominent figures of the past like King Ashoka and King Pratap Malla have aided in the construction of various aspects of the temple. The huge vajra sign at the end of the eastern staircase is believed to be the sign of wisdom so it has been a good luck charm for many students. The Dewa Dharma Monastery and Sleeping Buddha are other attractions here.

the temple is also associated with the origin of the valley itself. The local legends say that Manjushree, a god venerated by Buddhists, saw a vision of a mysterious lotus when the valley was a lake. He then set out to find the lotus and worshipped it. The valley was thus created when Manjushree made a gorge at Chobhar to make it suitable for settlement. Later, the lotus is believed to have transformed into Swayambhunath Stupa.

The entrance fee to enter the Swayambhunath Temple is Nrs. 200 (Equivalent to USD 2) for international tourists and Rs.50 (Equivalent to USD 5) for SAARC nationals. The temple is open from dawn till dusk but the best time to see the panoramic views is in the morning. The tranquil environment and devotees' worshipping will enhance the beauty of this place. The night view of the valley is also breathtaking from here. Swayambhunath is for those people who want to witness the harmony between the Hindu and Buddhist cultures. As such, this very unity in diversity is what shapes the lifestyle of the people in the city. However, to avoid crowds, it is best to visit this temple in the morning. Since it lies in the ring road area of the city, tourists are advised to travel there early to avoid heavy traffic jams. 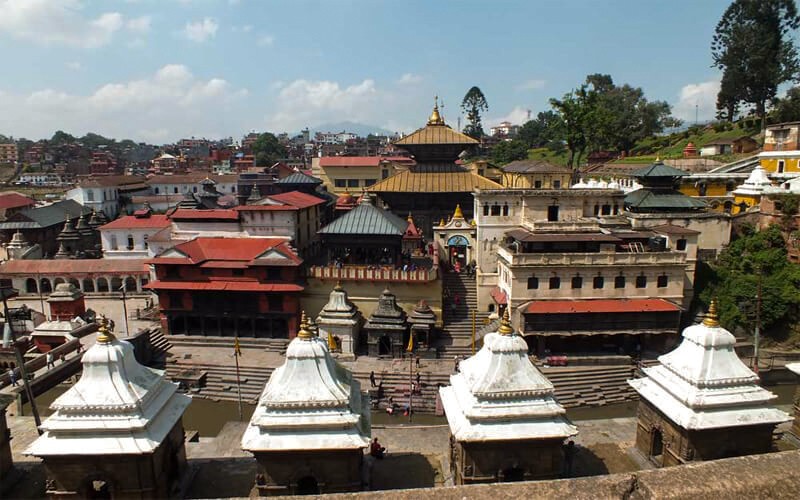 Another landmark of Kathmandu is Pashupatinath Temple, which is the holy place for Hindus who are devotees of Lord Shiva. It is located in the northeastern part of the city, on the banks of the Bagmati River. The river itself is sacred to Hindus and later joins the Ganges in India. The banks of the Bagmati next to the temple also serve as a cremation site for Hindus.

There are many legends about this temple and is believed to date back to 400 B.C. The Nepalese pagoda style temple with a golden pinnacle holds the holy lingam (erect phallus) of Lord Shiva and is the main temple. A huge statue of a golden bull, Nandi, Lord Shiva's beloved bull can be seen from the west side entrance. The whole area now adorns many temples like Vasukinath Temple, Budhanikantha shrine, Guheshwori Temple, and 184 Shiva lingam shrine. The sadhus who are devotees of Lord Shiva are common in the cremation area.

The temple door opens at 4:00 am and closes at 9 in the evening. The best time to visit is early morning and later afternoon. Tourists can get to see at least one open cremation. The sight is very unique as the whole process is done out in the open. Leather items like belts and shoes are not allowed inside the temple or while worshipping. There are a lot of monkeys loitering around so it is advised not to carry food items in hand. The entrance fee for foreigners is Nrs. 1,000 (Equivalent to USD 10); however, it is free for Indian nationals. 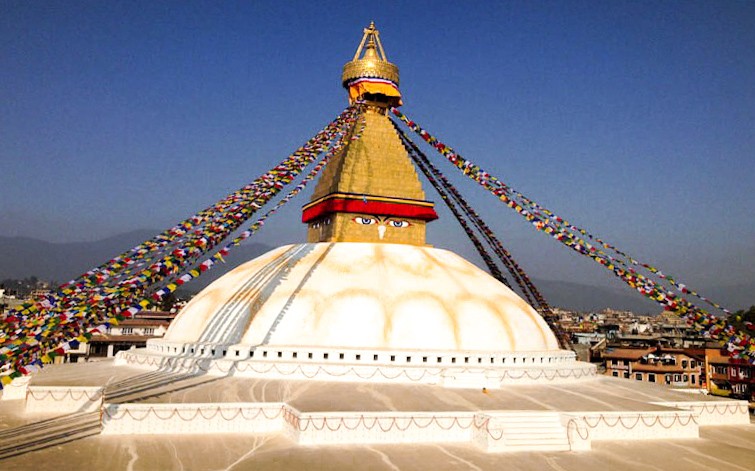 Located in the east of the valley, Boudhanath Stupa is one of the most important destinations for Buddhists from all around the world. It is also one of the largest stupas and is a UNESCO world heritage site. The stupa lies in the trading route used by Tibetan traders in the past. The traders also visited Charumati (known as little Boudhanath Stupa), located at Chabahil. As such, there are a lot of Tibetan refugees who have settled around Boudhanath. Most of the monasteries located inside the periphery of the stupa are also influenced by the Tibetan style. The carcass of Kassapa Buddha is believed to be inside the stupa.

The best time to visit the stupa is early in the morning and late evening. In the morning, there are many Buddhists who come for their daily Kora (taking rounds around the stupa). In the evening, the stupa is decorated beautifully with lights and resonating prayers. During Buddha Jayanti, the festival for the celebration of Gautam Buddha's birth, the whole area comes into life with the hustle of pilgrims and holy rituals done in the surrounding monasteries. It is celebrated in May. The stupa is also in festive mode during the Lhosar (New Year) of Sherpa, Gurung, and Tamang. People carry out pujas and light Diyos during New Year. This festival falls between December- and February.

The views of the stupa can be seen more clearly from the surrounding restaurants and cafes. As such, many restaurants inside the Stupa's premises offer the local cuisine, which is predominantly of Tibetan and Sherpa origin. Many dishes may delight tourists and among them, the must-have is the butter tea. The locals take it every morning for their breakfast. There are also cafes where you can relax and enjoy the tranquil surrounding of the stupa. The entrance fee for foreigners is Nrs. 400 (Equivalent USD 4) and for SAARC nationals Nrs. 100 (Equivalent USD 1).

Other places to visit in Kathmandu Besides the above-discussed places, the city has many other wonderful places.

To know more about the history and civilization of this ancient city, tourists can head to Patan Durbar Square, Bhaktapur Durbar Square, and Changunarayan. Both of these places have unique cultures and traditions that cannot be found elsewhere. While Patan and Bhaktapur durbar squares are known for the ravishing display of the Newari culture, art, craft, and architecture.

Similarly, Changunarayan is the oldest temple in the entire country and houses many monuments and artefacts associated with Lord Vishnu. Kirtipur is also another destination for those people who want to explore the Newari cuisines and history of the city. There are many other destinations around Kathmandu that offer exciting hiking trails. Kakani, Champadevi, Nagarjun, Godavari, and Phulchowki are a few of the options.

Garden of Dreams, Narayanhiti Palace Museum, Chauni Museum, and Siddha Pokhari are great sites to rest and recuperate. If travellers want to relax with good food and ambience, Thamel and Durbarmarg are the places to be. It is the place in the city where travellers can get a wide variety of cuisines ranging from Nepali platters to continental cuisines. Likewise, there are several discos and dance clubs to let off some steam. Cinema halls, futsal, and game centres are also excellent mediums of entertainment.

Kathmandu is a city filled with hidden charms and attractions that unique in their rights. It is a heaven for backpackers and travellers who want to escape their mundane life. Caught in between urbanization and ancient traditions, the blend has brought an irreplaceable appeal. The city filled with temples, old architecture, as well as modern designs, has attracted thousands of travellers from around the world. Along with it, the diverse ethnic communities have brought their cuisines that tingle all senses taste-making travellers want for more.